Accesses of Phosphorous and the development of the algae with it, is one of the prevalent problems in water reservoirs, and the Lake of Galilee is no exception in that sense.

Researchers have different ideas regarding the phenomenon of increased blue-green algae –
cyanobacteria. Some claim it may be related to periodic fluctuation, that have already been seen in the past (though not in such intensity), others connect it directly to the increase in the quantity of Phosphorous in the lake, and point at the decrease in the level of nitrogen (giving the cyanobacteria an advantage) and the level of dissolved Phosphorous (consumed by the algae), as proof that the source of the problem is in the Phosphorous.

One way or another, global data tie Phosphorous amounts (even if inlet water reaches low phosphorous percentage) to the deterioration of lakes, and therefore a tremendous global effort is invested in preventing this phenomenon. Agricultural and trout farms leachate does not consist of a high percentage of phosphorous; however, due to the big volume of water coming from the fish farms, the total amount that reaches the lake is significant.

In recent years many studies have been conducted regarding the potential of the Constructed Wetlands (CW) systems, of different types, to render an efficient and long term solution to the problem. Lab studies have shown an effective potential of reducing the phosphorous by vegetation systems integrated in beds, yet the ability to predict the results of these studies is still questionable. Criticism (justified) is made about the idea of trying to verify the claim of efficiently reducing the phosphorous for two main reasons:

These questions have been dealt with in two studies: the study of Jacson Dierberg and Pietro (*1) deals with the question of the ability to draw conclusion from a small area to larger systems, when all the systems in the area are under real conditions. They checked facilities of about 3m2, fifth of a hectare and systems of 146 hectares, and found adequate correlation between the results. However, in this paper we decided to relate to studies on large areas under real conditions and long duration of time.

The Australian researchers Lund Lavery and Froend (*2) try to distinguish between short and long term processes for removing phosphorous, as well as between bed and vegetation adsorption processes. Their model is a good predictor to the range of the three study years, according to which the short term removal is lower in its scope than the long term processes. In practice the level of removal increases with years and does not decrease, as expected from the short term adsorption.

At a conference that took place in November 2000 in Orlando, Florida, many studies which test the reduction of phosphorous in real systems throughout the years have been presented. Even if we ignore the prediction ability of the lab studies, there is much evidence of the filtration potential of bed and vegetation integrated systems regarding phosphorous.

Many of the studies took place in the Everglades areas, a place that constitutes a huge lab of millions of m2 which caters for a large number of projects costing $650 m.

DeBusk, Dierberg, and Reddy (*3) have surveyed in their study 25 years of research and results of facilities that work to reduce phosphorous in Florida. In 2000 there were 20 such old systems, and the researchers presented the oldest results among them, of 30-45 years.

The table shows encouraging results, even in cases of low loads and concentrations of phosphorous.

Studies that were conducted in these sites found that the adsorption of phosphorous was almost exclusively facilitated by the beds and submerged aquatic vegetation parts. In the long run, the surface vegetation parts are rather insignificant.

The researchers surveyed two more large projects to which they paid additional research attention: "Demonstration" (quotation marks in the original text) facilities of 1540 hectares for treating Leachate of agricultural land in the Everglades, and a filtration system by whirling through plants of the Apopka Lake water (200 Hectares). The Everglades demonstration proved the efficiency of filtration by plants in hard and basic water (reducing from 0.1 MGL to 0.01 MGL of phosphorous).

This study, that lasted 15 years, proved for the first time the big
difference between the various types of vegetation, when the figures fluctuate
between 5.5 Gr/m2 per year for the worst plant, to 19.6 Gr/m2 per year for the most efficient plant that was tested in the area. In Lake Apopka, which suffers from similar problems to the Lake of Galilee, the water is whirled through the wetland with a variety of arbitrary plants, and the result is stable: 4 Gr/m2 per year.

The Norwegian researcher Brascerud (*4) tested 4 facilities that were constructed to reduce the phosphorous during a period of 3-7 years. Large distinctions were found between the different systems that consisted of various types of vegetation, yet in all cases, significant decrease was found throughout all days of the year, including during the cold Norwegian winter. It is hard to compare between the systems because of the big variance of the incoming phosphorous values and the adsorptions.

Following is a summary of the results:

It was discovered that the higher the part of the hovering phosphorous is, the more efficient the removal will be.

The next stage in the study was building models that would predict the reduction of phosphorous and their comparison to two additional systems whose data (for 22 seasons) was not entered into the data system according to which the models were built. Model number 3 was found to be a good predictor of the results; however, the researcher wishes to be cautious when using the model or any other models, and believes that each model should be adapted to the unique conditions involved.

The study of Comeau, Brisson, Reville and Forget (*5) deals with water moving through a fish growing farm in Quebec, Canada. The process is very similar to that taking place in the Trout farm in the North: flowing clean water from a river to the fish farm and then returning it with phosphorous values that are quite low, yet accumulate to an amount of phosphorous that may affect the quality of the lakes to which that water flows. The daily adsorption for a farm producing 100 tons of fish annually is 10,000 cubic meter. In Israel we deal with higher adsorption.

In Canada (and also in Israel) a mechanical filter is used at the farm exit. In this case a 60 micron filter filters 60% of the hovering phosphorous, but that hardly affects the liquefied phosphorous. The filtration ponds intend to treat the sludge which accumulates in the filter and also give the water an additional "polish" when exiting from the filter. In these ponds, of 200 m2 area, 95% of the hovering phosphorous was reduced, and 80% of the liquefied phosphorous (a total of 92% reduction of the total phosphorous), reaching the objective of 0.03 Milligram/liter phosphorous.

At the end of the 90's tests of Stockvant  Lake in Norway showed that the quality of water was low. Since it involved a water reservoir for the nearby city, the municipality decided to use the CW treatment system (Yedstebo, Kommdal and Bakke *6). The system (about 2,000m2) started operating in 1994, and measurements for this study continued during 1999-2000. The average measuring time was 20 hours.

As the following table shows, the system was operating well in low temperatures too:

Various Authorities involved in the study and operation in the Everglades publicize a large number of studies and reports about the phosphorous reduction. Gu, DeBusk, Chimmney and Pietro (*7) tested a 2610 Hectare area which receives water that has already moved through CW and its phosphorous value has gone down to 0.44 MGL. The system needs to perform another polish before releasing the water to nature. The objective of the study was to characterize the optimal depth and staying time, and also test the affect of harvest in soaked vegetation.

Their findings showed that the length of staying time has no effect on the reduction of phosphorous (as was found in other studies too). It was also discovered that there is no significance regarding depth, despite the longer staying time that resulted from it. An interesting finding is the harvest effect (gathering the soaked vegetation, in this case) which was found to be neither efficient nor harmful.

Measuring was done between the years 1994 to 1999. The results can be seen in the following table. In the first few years reduction is quite fluctuated, but it stabilizes as the years pass.

Nungesser and Chimmney (*8) who are also members of the Water Authority in Florida checked the results of the whole project during the years 94-99. The objective of reducing the phosphorous level below 0.50 MGL and reaching a 75% reduction of the inlet values, were completely achieved in variable staying times between 0.5 to 15 days. The authors were trying to measure the various area performance according to the variety of the vegetation there (in this case it was done according to aerial photography analyses), and indeed cell 4, which will later be discussed, where the vegetation is significantly different from the other cells, was found to be excellent, although it is located at the lower part of the runoff and receives low phosphorous values.

Irons, Dierberg, Reddy and DeBusk (*10) deal with the question that bothers many researchers: the ability of the phosphorous that was adsorbed by the beds, when conditions are changing. The researchers took beds from different parts of the system in the Everglades and radically changed their conditions (PH, Redox,
various chemicals, etc.). Only 11-12% of the phosphorous trapped in the beds was released under these conditions.

It seems that the CW systems are able to successfully reduce the phosphorous also in large adsorptions, with short staying times even when it involves "polish" and low values. There is no doubt that the types of beds, types of vegetation and form of flow should be adapted specifically for this purpose.

Even if there is no absolute certainty about the causal relation between the amounts of phosphorous and the condition of the Lake of Galilee, this does not exempt us from making any effort to reduce these quantities and allow the Lake of Galilee, which has demonstrated impressive stability throughout the years, to continue and function in the future. There is an option of performing this task by means of CW systems, and it is our duty to check this option seriously.

The papers which are quoted in this article were presented in a conference "Water systems for water pollution control  " in November 2000 in Orlando, Florida.

3.*   The use of Macrophyte – based systems for P removal: an overview of 25 years of research and operational results in Florida / T A DeBusk, F E dierberg, and K R Reddy, University of Florida FL USA 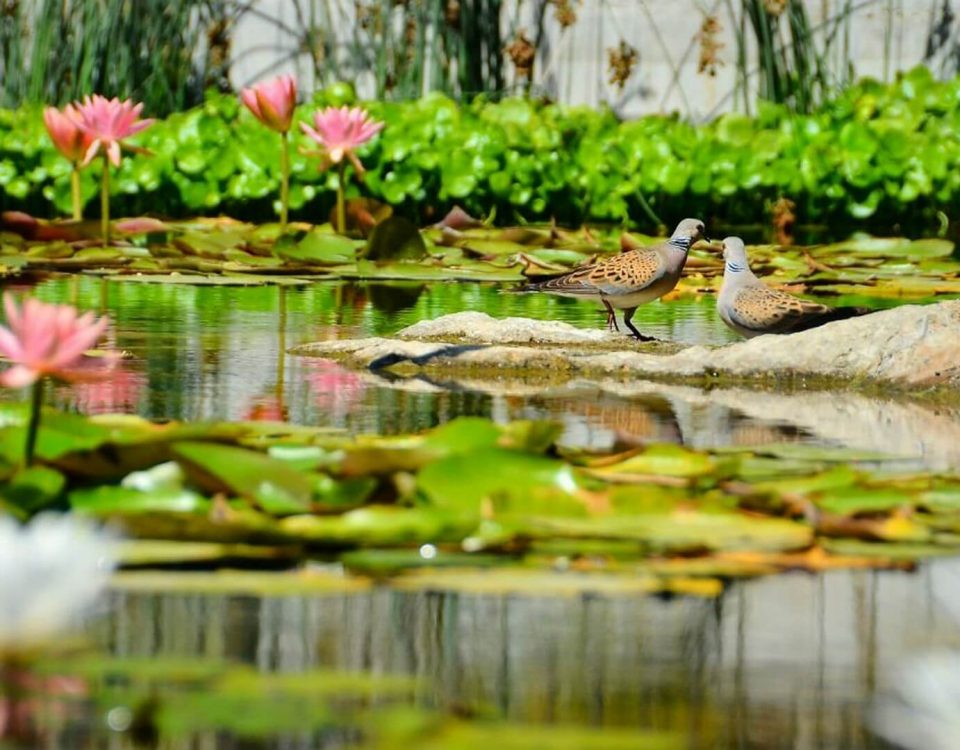 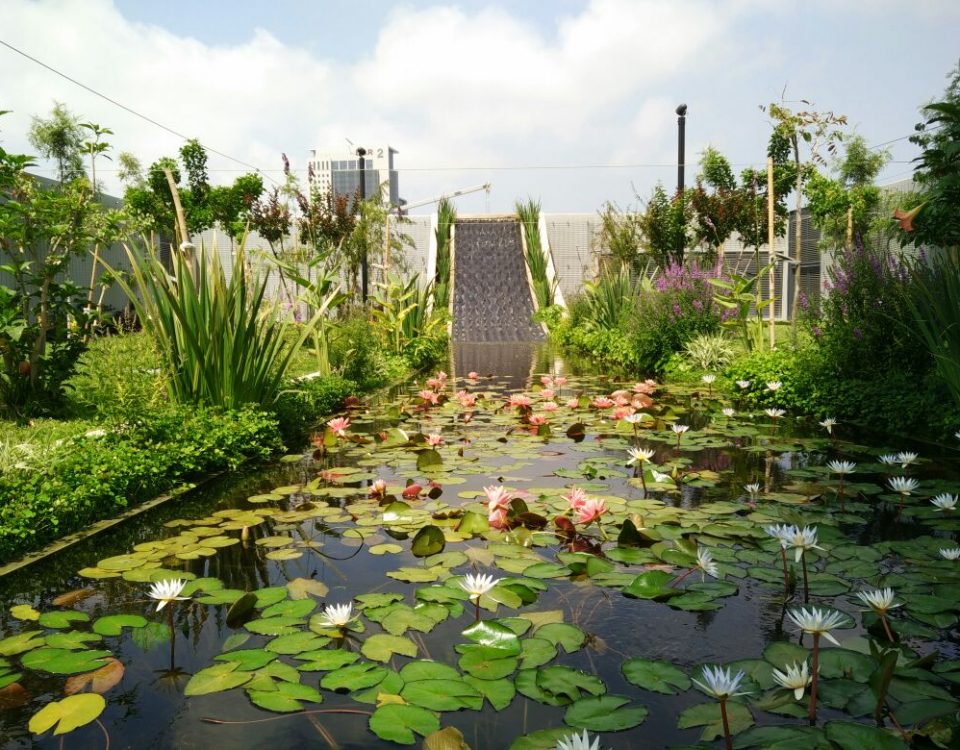